Hi there fellow vagabonder, my name is Naivedya and welcome to my small but eventful sojourn at Madrid. I am from India and the lure of sports, Spain and living abroad brought me to the Iberian peninsula and into the heart of Spain, aka: Madrid.

Find me on social media: 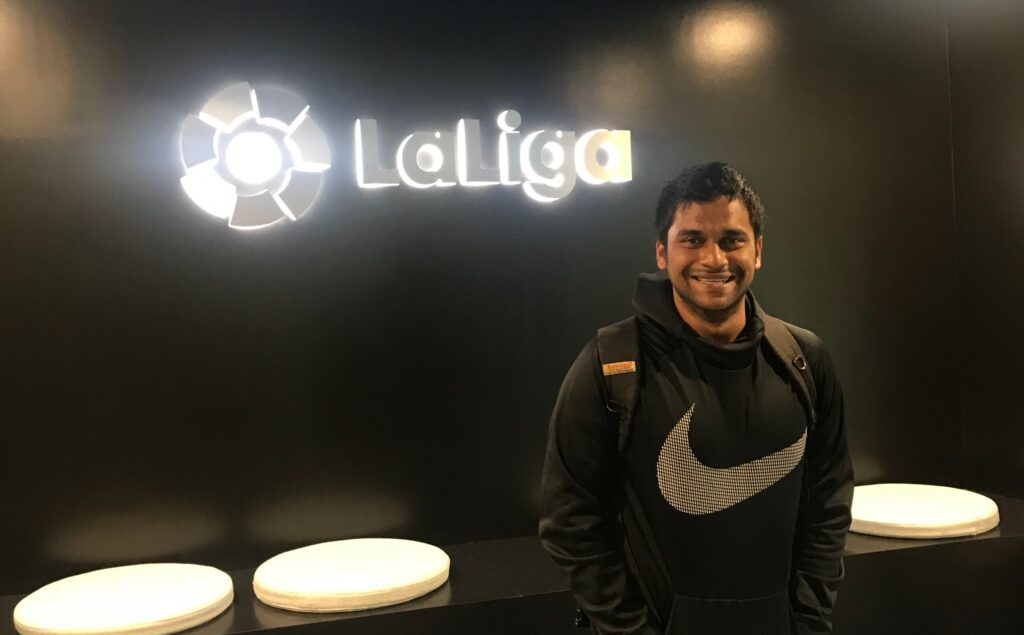 What to expect in this article

Landing in Madrid was the most exciting and nerve-wracking moment back in 2018. The splash of emotions as the plane skidded on the runway and eventually came to a halt was a mixed bag of emotions.

I had crossed the Mediterranean and landed in Europe which was exciting as well as the slight tingling on the back as to how I would cope in the new environment. Nonetheless, on that cold afternoon, I set out in a taxi to meet my landlady and my new abode.

As a student, Madrid is a wonderful place. Lively, busy and there’s always something to do.
Although I am not one who can stay all night and party along, I did allow myself to walk into some parties, meet people and in a way try making friends.
My social skills are pretty appalling but thanks to my classmates who helped me settle in and enjoy a little. 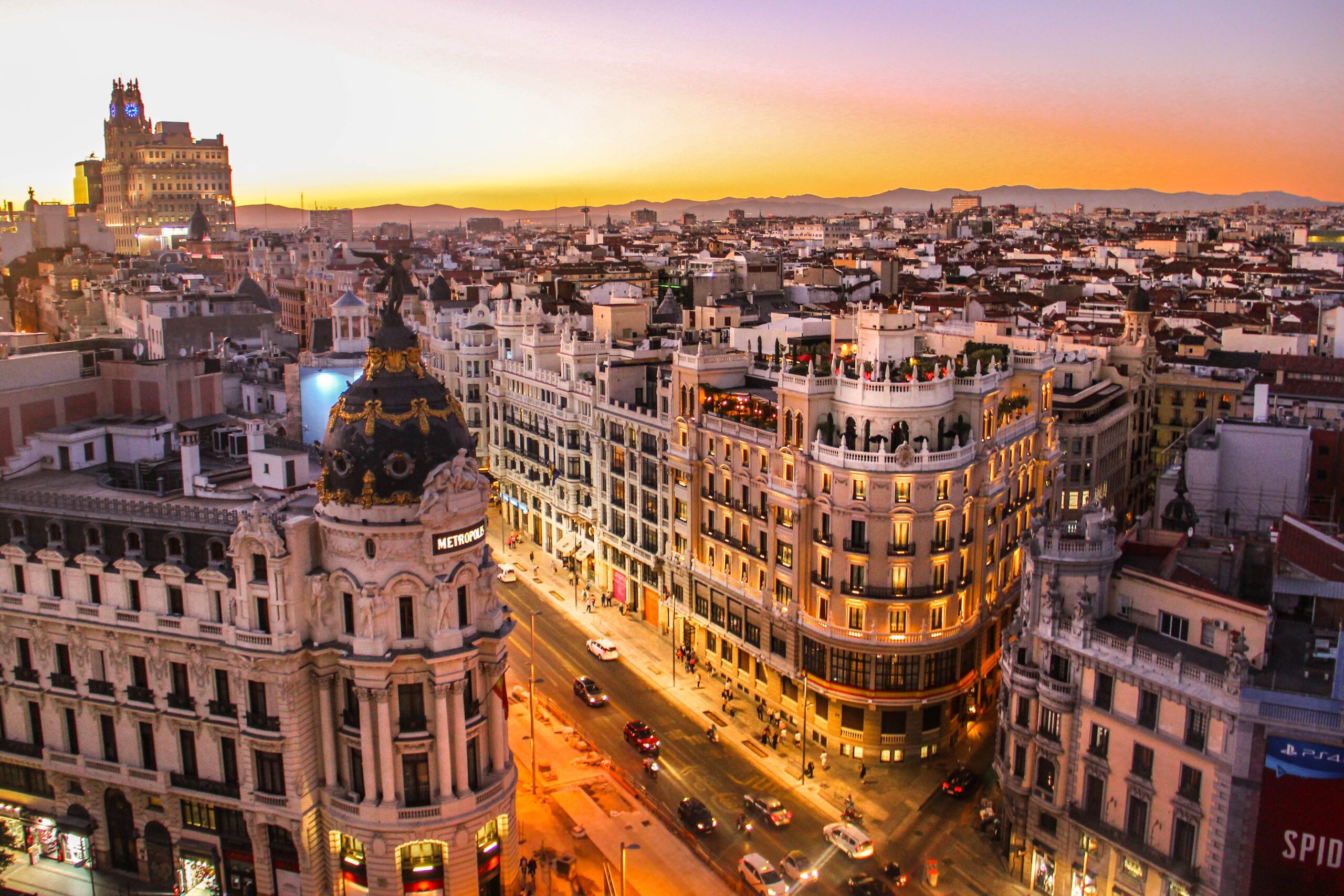 The University I studied in is called UCAM (Universidad Catolica San Antonio de Murcia) but as the name suggests, the main university was in Murcia and we were in a commercial building.

Initially, I was looking for Universities in Spain and I came across UCAM. It was well-reputed and was recognized by multiple sports entities which led me to come here. The Overall rating of the University would be 3 out of 5 as I wanted more & better content but for the first experience, it was a good start.

Being a football fanatic, watching a game at the prestigious Bernabeu which is home to Real Madrid Football Club was a unique experience. Not only was the match a high scoring one (5-2) but I saw my Idol Cristiano Ronaldo score! The atmosphere was buzzing! Even if you don´t like football, I recommend you to watch a football match.

There are multiple expat communities, student zones and the sheer grandiose of the city itself kept me occupied.

Well, I mostly stayed indoors but went out enough and had some amazing food (tapas, chocolate milk..) and made some friends as well.

You are filled with options in Madrid and if you are interested in art, there are multiple museums which are free of cost. The most famous was Museo Prado and even though you may not know much or about art, it is worth a visit. 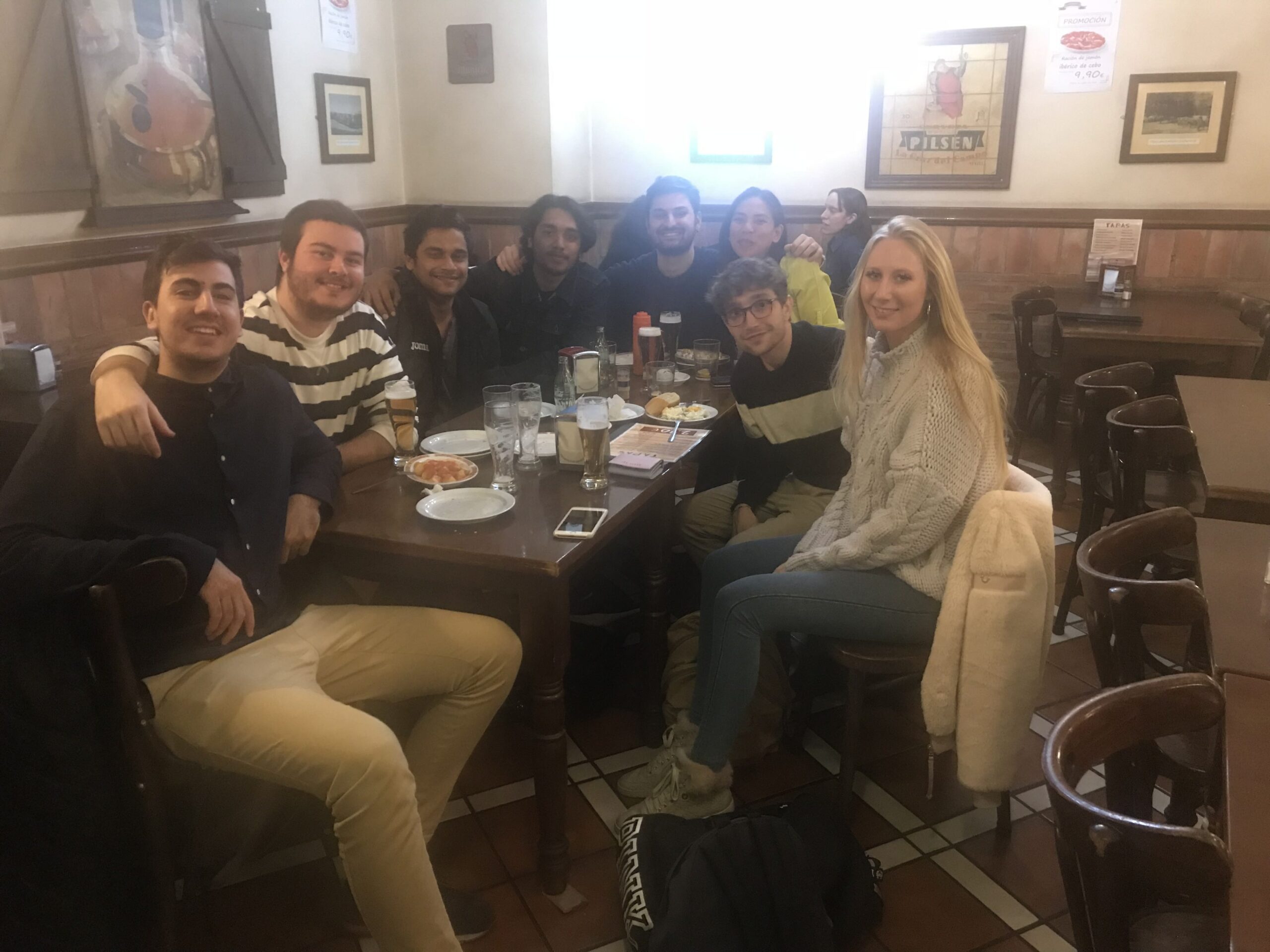 Public transport is convenient and cheap for students. If you are under or 26 years old, the whole public transport system costs €20 which is cheap compared to cities like Barcelona.
You’ve got metros, 2 types of trains and trams, it’s a wonderful package and well connected. 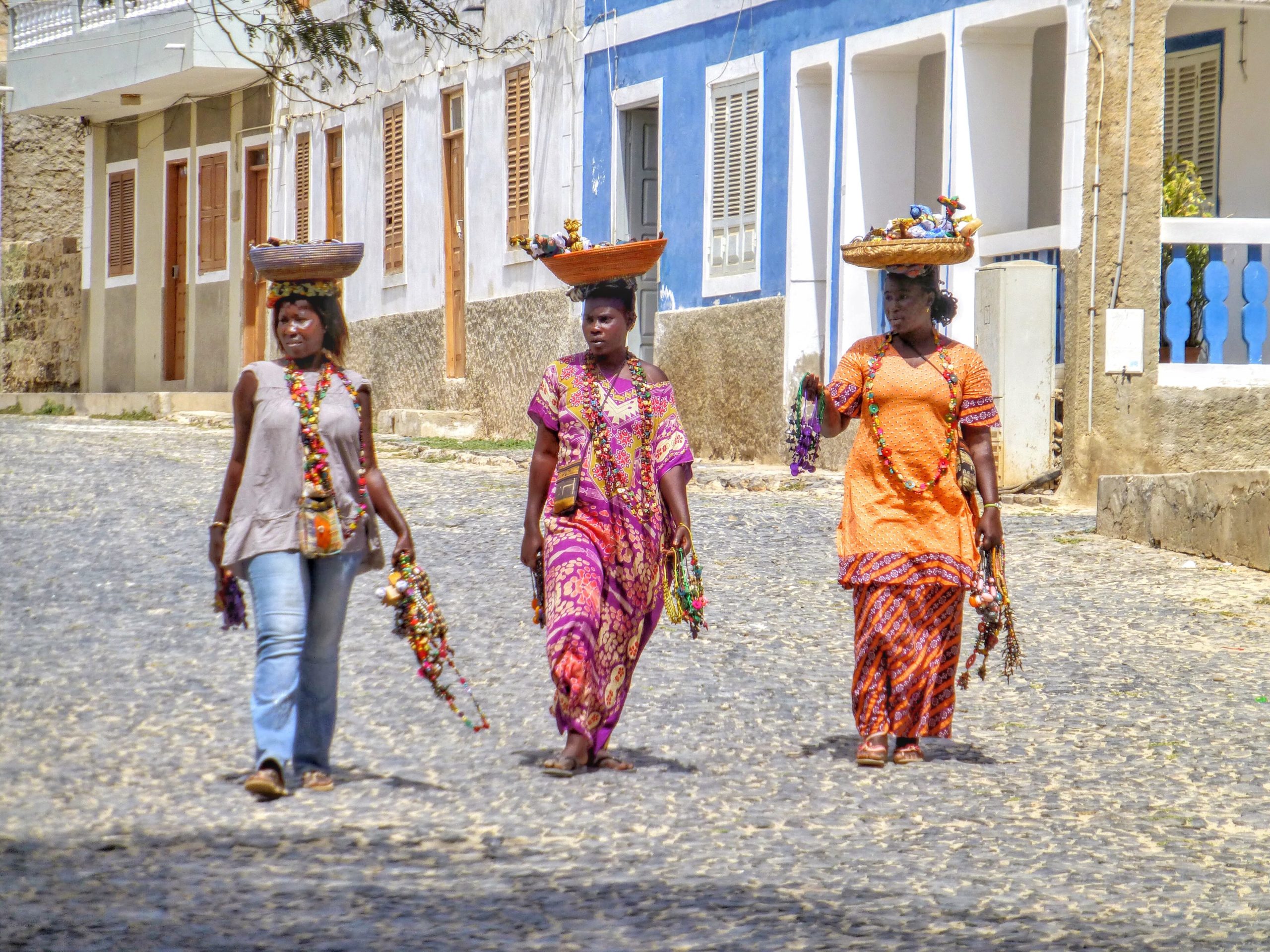 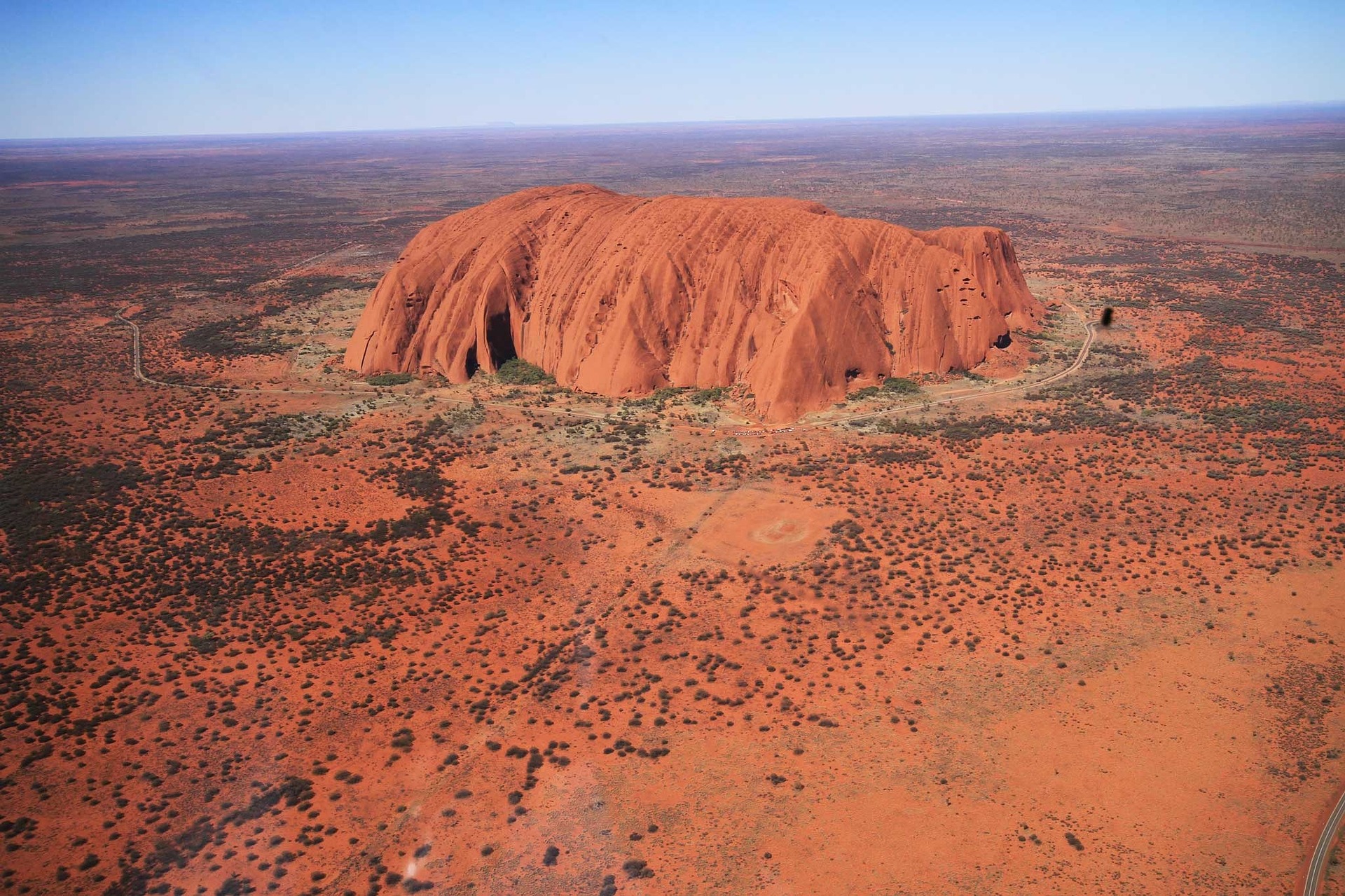 Handy websites to use

To look for accommodation I used idealista but there are some others apps you can look into as well. Here is the list: 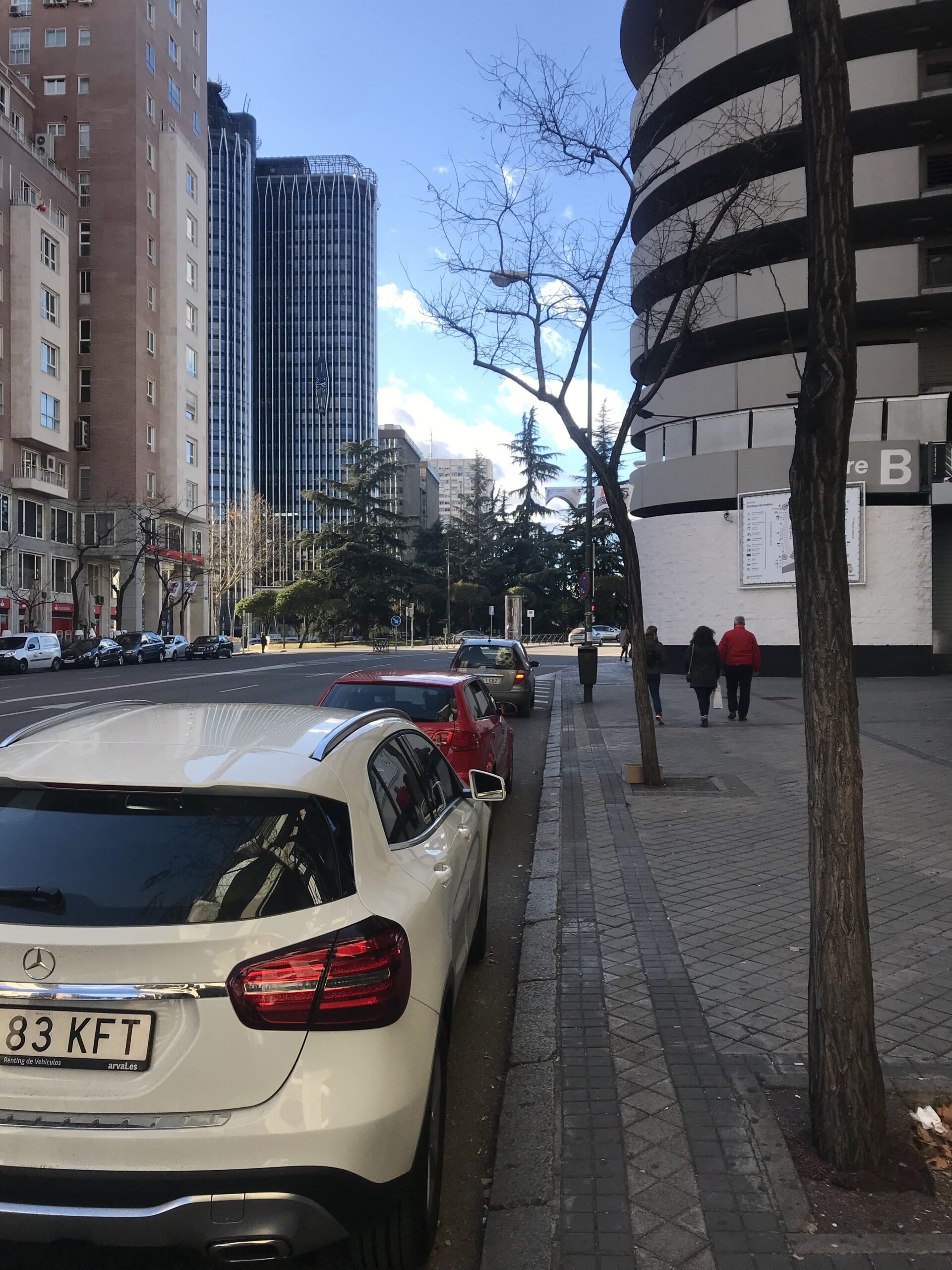 There are 2 metro apps and one Renfe (mid and short distance trains) as well.
Metro apps:

3 culture clashes as an Indian

Coming from India, there were quite a few peculiar things I noticed which bewildered me.

For instance, I saw an old man consuming beer at around 8 am in a close-by bar. I assumed he had a bad start but then this was visible at other places as well and it dawned upon me, that booze is a necessity.

Timings of meals are later than usual, this was not a complete surprise but I didn’t expect it here.
Add to this the consumption of alcohol in every meal along with tapas (which I like) but it was too much snacking. I for one, prefer having a complete meal and not bother until the next meal, but in Madrid (Spain in general) this was a norm. Keep munching.

The other aspect that bothered me was the pace of work, which is slow. I had thought India was slow or lethargic but Spain is on a completely new level. “ Tomorrow” never comes indeed.

Advantages of living in Madrid

The individuals I met in Madrid were always nice.
The family I lived with took me in graciously and helped me settle well, even though we had a language barrier, I will be eternally grateful to them.

Add to this the international environment in classes and meetups with other internationals was a fantastic experience.

The great thing about Madrid is with its international audience, there is an abundance of art and history collated as well. The museums, paintings and cultural diversity are spread through the city with people from all walks of life living here. Students enjoy great benefits and should take advantage of the lifestyle before moving on to other destinations.

Want to read more articles about living in Spain? 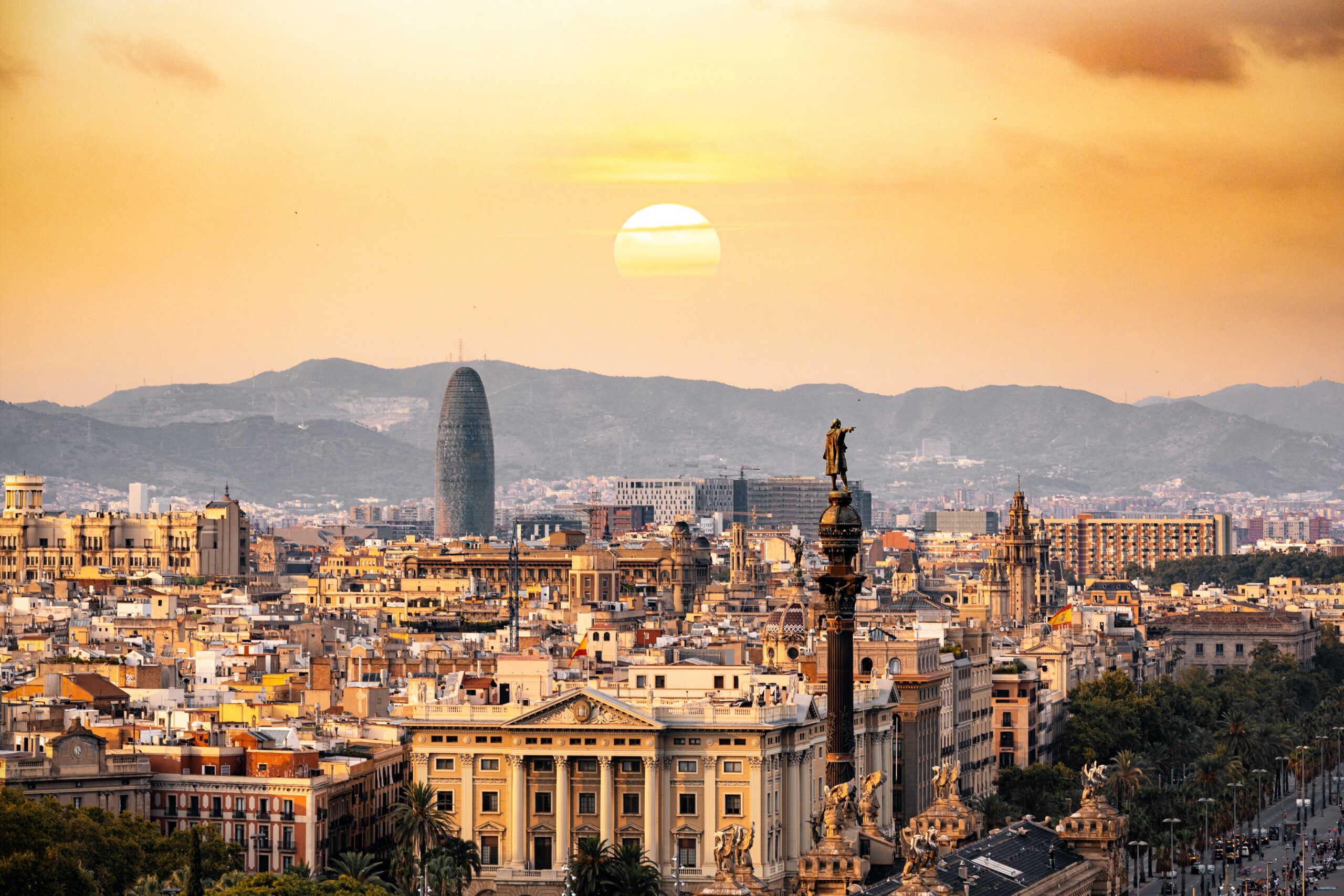 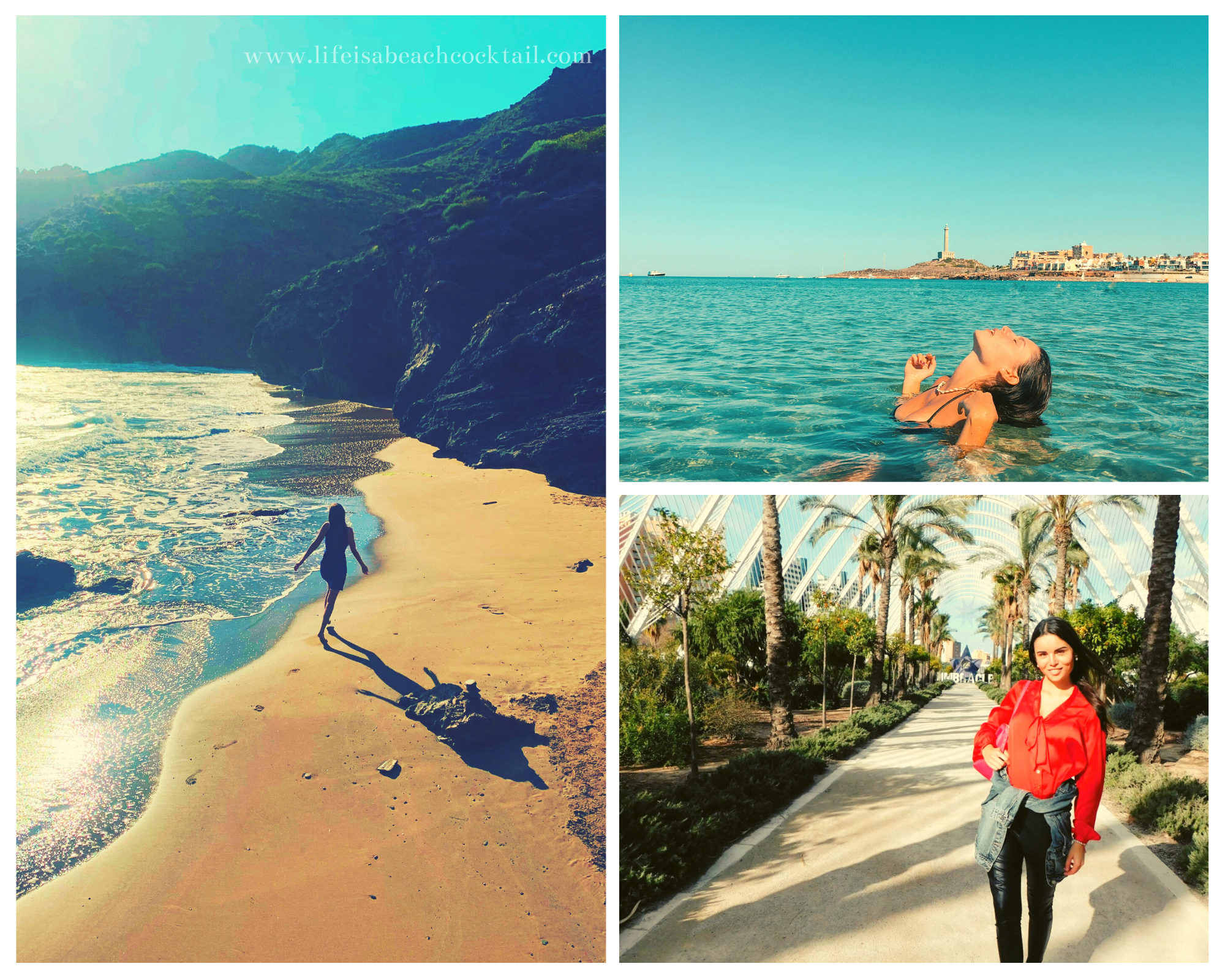 Disadvantages of living in Madrid

Well, Madrid is big so your travel time may be long. I was lucky that the university was 20 minute walk from my place.

The other disadvantage is that even though it’s a capital, the local culture doesn’t speak English and creating bank accounts, and registering documents was a challenge. I did get help but it’s always recommended to know a little Spanish for the basic needs.

But I can´t speak Spanish...

The lure of football, adventure and my first experience abroad got me to Madrid and initially, I had to adjust to the language as my landlady didn’t speak an ounce of English.
But thank you technology, with a translation app, I’d managed to converse and we’d understood each other pretty well.

So much so, that later when I returned to Madrid from Sevilla, I could converse in Spanish with her. (Felt real good!)

Other places to visit

Madrid has quite a few beautiful towns nearby namely Toledo and Cuenca.

The latter in Cuenca was wonderful and we were lucky to witness snow which apparently appeared after a 10-year hiatus! The roads and forest were filled with snow and it was a beautiful ride to and fro Cuenca.

Toledo was also a suggested destination but I never got around to travelling there, but if you do have an opportunity, do visit it!

Madrid was a wonderful experience and I enjoyed it as much as I could with my limited time spent outside.

I liked focusing on my class material and watched football on weekends but I did have a great time meeting with people and also joining an Indian group who were very welcoming and fun to be with.

My stay in Madrid wasn’t too long, as in 8 months, I was off to another city for my internship but Madrid will always stay as my primary city in Europe and my interaction with Spanish culture.

Living in Madrid was overall a very good experience. I hope you will study there as well. If you have any questions, ask them in a comment or message me on Instagram! 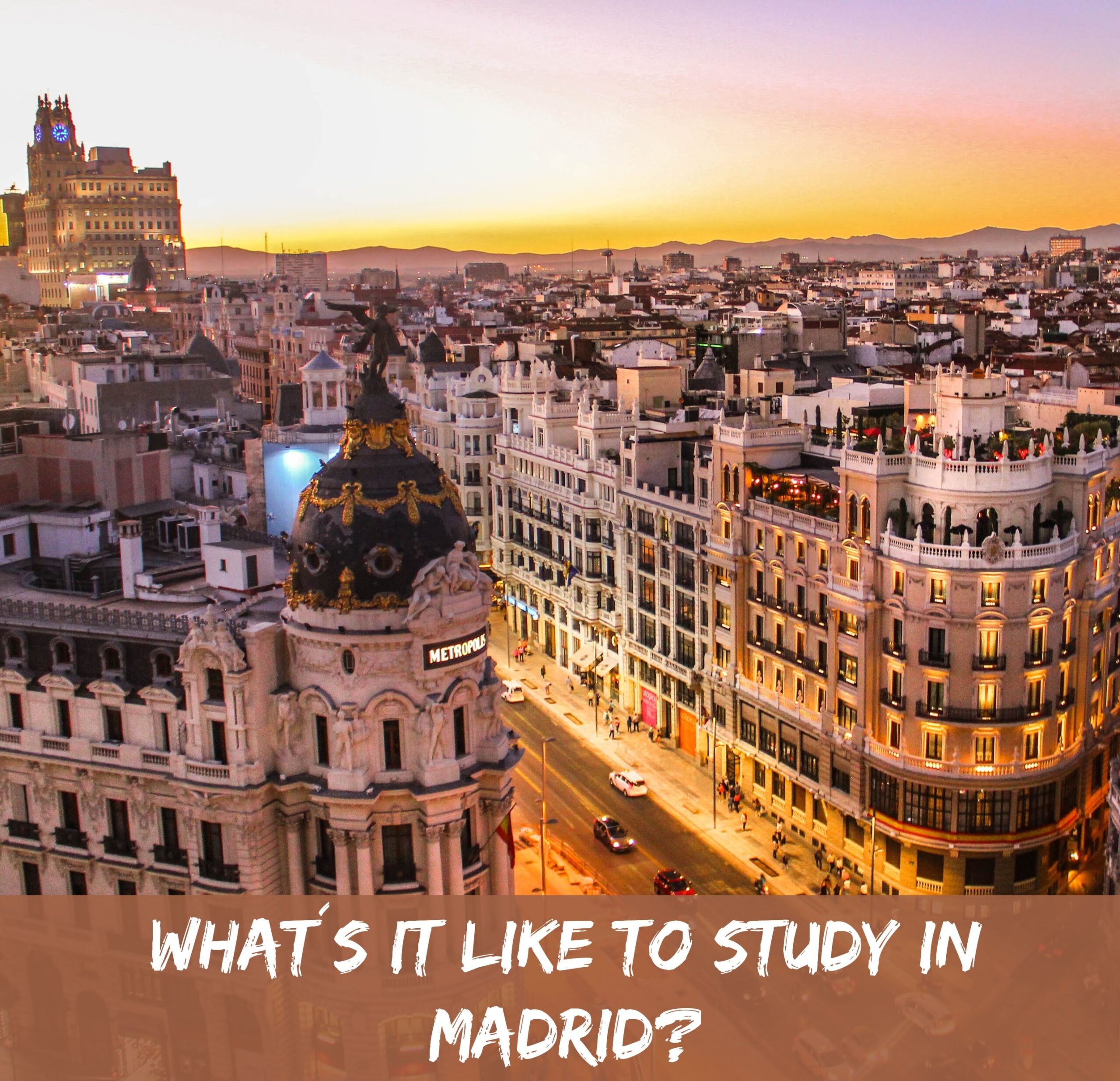 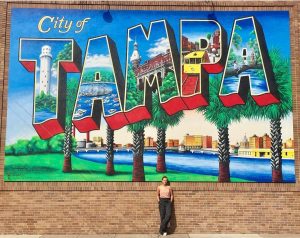 Living and working in Florida: Sun, sea, beach and hurricanes?

Hi, I am Daphne! I am 25 years old, live in the Netherlands and I worked in Florida for a bit longer than a year. 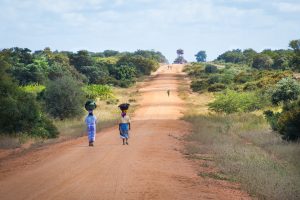 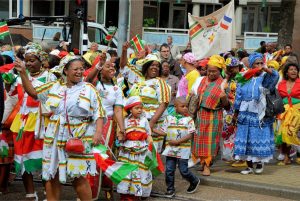 What’s it like to live in Paramaribo (Suriname) for 13 years?

Hi! My name is Anja and I lived almost 13 years in Suriname, also known as Dutch Guyana. It is a small country in South 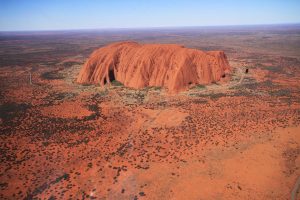 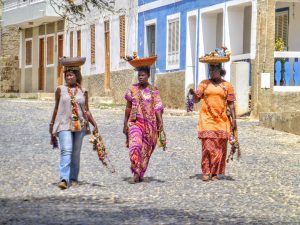 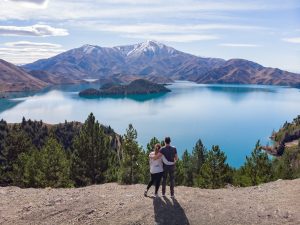 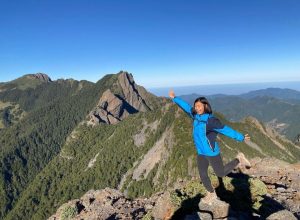 Hi! I am Shu Ting, a 24-year-old Taiwanese girl I have been living in Taiwan for 23 years, lived one year in Europe (mostly in 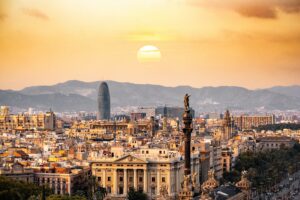 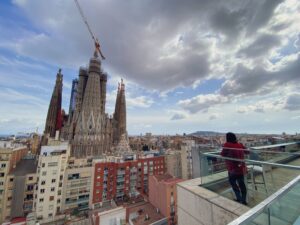 All my tips if you want to live & work in Barcelona

Are you planning to live and maybe even work in Barcelona? You have made a great decision. Barcelona is an amazing city to live in. 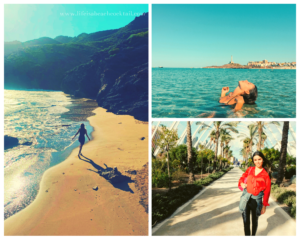 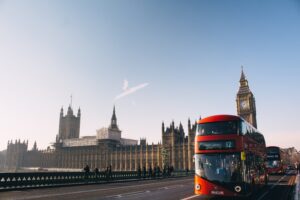 What´s it like to live and work in London?

Hi! I am Asvin and I am living (and working) in London since I was 9 years old. I am from Netherlands, but I moved 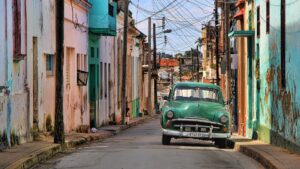 6 Reasons why you should live abroad once in your life 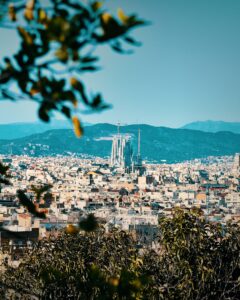 Working in Barcelona (during Corona)

First Sevilla, now Barcelona… this is a dream coming true! At the beginning of 2020, I made the choice to look for a job in 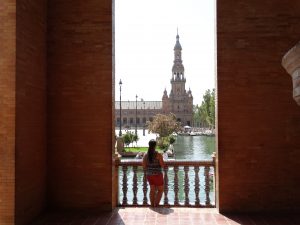 One more month left in Sevilla

Time flies when you are having fun! There it is, my time of working in and enjoying Sevilla is almost over. Just one more month! 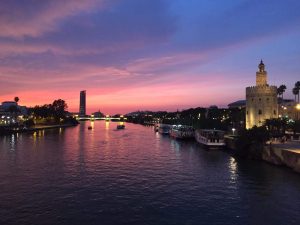 Working as a tour guide and an au pair in Sevilla!

Sevilla I am back! Yesss, after studying in Sevilla for four months and falling in love with my boyfriend during those few months, I wasn´t 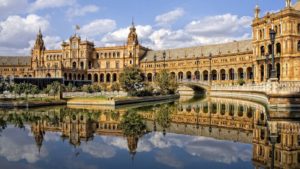 Why am I going to study in Sevilla?

For my final year of pedagogy, I could go a semester abroad. You won’t have to tell me that twice!  I explored all my options 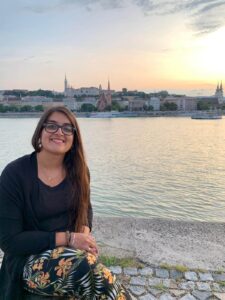 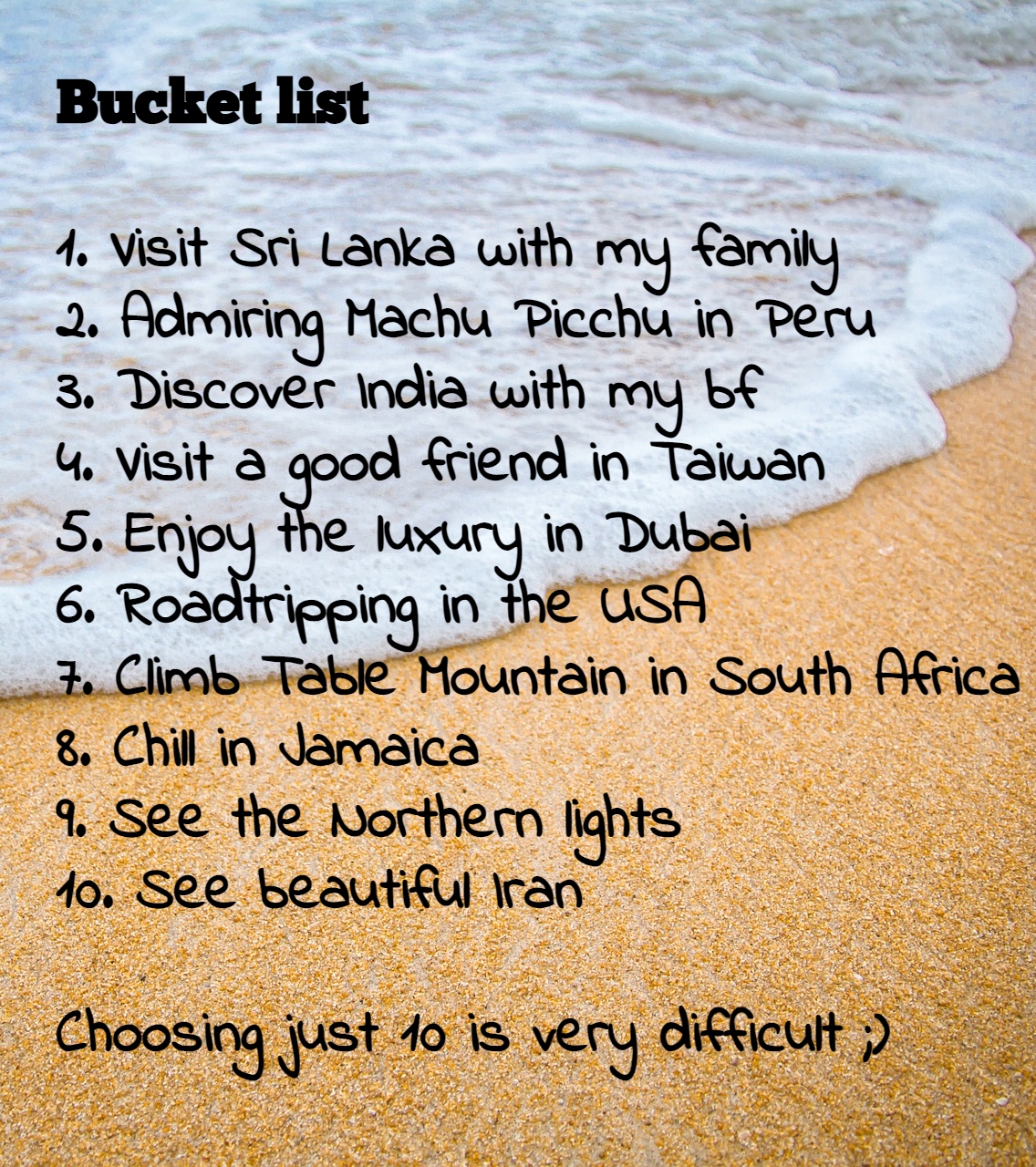